← Has ANZAC Day caught the 2010s’ most contagious disease?
Doctor Meh and the Planet of Lazy Tokenism →

This isn’t a Ghostbusters rant. I need to mansplain that out of the way at the start because some on both sides of that particular argument may expect it to be. But that remake is part of something I’ve been wondering about, which is whether remaking old established stories with male protagonists changed into female ones actually helps.

Something else this isn’t is a denial that fiction is another area where there’s a long standing gender imbalance or that it’s worth trying to even that up. However, I am going to question whether or not gender swapping existing characters is the best way to go about it.

Right now I’m looking at an article about Gillian Anderson’s Jane Bond tweets by Clem Bastow titled 6 Other Iconic Characters It’s Time to Genderswap in which she suggests another half dozen candidates. So here are some thoughts on those examples before gender swapping and remakes in general.

Also please be Lena Headey instead of Gillian Anderson. Look at Cersei and tell me you can’t picture the same coolly ruthless expression as a round zips through some baddie’s eye. I’d pay to see Idris Elba as Bond because he’s a good actor and my world won’t collapse if Bond doesn’t have the same skin colour as me, but I’d also pay to see Lena Headey play an equally badass (possibly more since she’d have to fight dirtier – maybe her codename could be Squirrel Grip) secret agent because my protagonists don’t need to have the same junk either. But don’t create a new character and tell me it’s the same one kinda sorta, because that sounds like you’re making the movie to tick a box rather than to make the best movie you can. If it has to be one or the other make it something new with Lena Headey and just give Bond a long holiday because the franchise feels a bit tired lately. 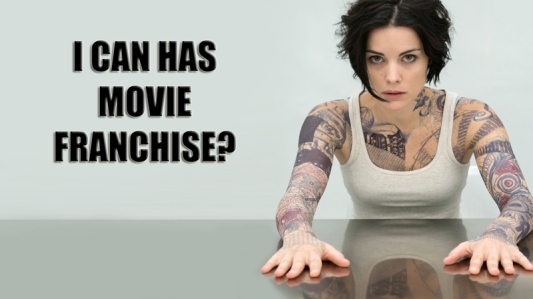 Has the screaming stopped yet? Good. No, you didn’t imagine it: I don’t see this as a big deal. The objection I’d have to a female Doctor is much the same as above, though since the Doctor doesn’t go by a conventional name it’s more established canon than use of a male name. Of course they’ve retconned canon to give him more regenerations but too many retconns damage the suspension of disbelief needed for all fiction. You could do it but it’ll feel forced. It’s far more sensible to kill him off and bring in a new character, though this does give it the same problem Taggart had all those years it ran without anyone called Taggart in it. Not everyone will care but I found it weird they didn’t rename the post-Mark McManus Taggart and I’d feel similarly about a Doctorless Doctor Who.

But we don’t actually need to kill off the Doctor. The show’s done spin offs before, one of which actually featured a female protagonist. Why not another? Why not one featuring a female Time Lord (Time Lady if you prefer)? The Doctor thought he was the last of his kind but turned out to be mistaken so it doesn’t break canon to bring in a female with similar knowledge, abilities and so on. Being old enough to remember the Tom Baker Doctor I can also remember there being a female Time Lord in it called Romanadvoratrelundar, or Romana for short. Could she have grabbed a TARDIS and survived the Time War somehow? She was supposed to be as intelligent as the Doctor so why the fuck not? Writers, stop what you’re doing right now and go write Romana stuff to pester the BBC with. Make jokes with her full name. It’s too long for Twitter, you can have that one on me.

Clem Bastow also begs for Indy to retire but sees it as an opportunity to retconn the story “… into one of a spirited female professor of archaeology who favours Katherine Hepburn-esque slacks and silk shirts.” Thing is you don’t need Indy to retire to retconn him into a her. You can just do it anyway and ignore all the existing canon, especially everything that relates to fridges. But again I wonder if we should do that instead of creating a new female character with her own unique stories or expanding an existing female supporting character from the Indyverse into the central role of something new. What exactly did Marion get up to after we last saw her trying to cheer Indy up in Washington DC? Am I a sexist pig for being interested in finding out via the medium of film?

You’re probably seeing a theme here. I don’t mind female protagonists, but I mind missed opportunities for something new. Ghostbusters is the same. It’s not the female cast, it’s just that they’ve already made the movie and there’s little to be had by going back to it. Ghostbusters 2 had exactly the same problem despite penises. This isn’t a male/female thing but an original/remake thing. New Star Trek? Suckage. New Robocop? Suckage. New Point Break? Epic suckage. Remakes and reboots aren’t necessarily a bad thing but they need to be worth making and there needs to be clear vision on how to improve on the original. Some original films are just so good there’s almost no scope for improvement. In other cases the remakes are just lazy and/or shit in their own right.

Benedict Cumberbatch and fake lens flares didn’t make Star Trek: Into Darkness an improvement on The Wrath Of Khan, though at least they didn’t try to actually make TWoK again.1 Better special effects and piss poor satire didn’t improve Robocop. Moar adrenalins stuff did nothing for the new Point Break. The aforementioned A Fistful of Dollars was a good movie despite being little more than a change of setting from feudal Japan to 19th century America, but at least it brought the story to a wider audience than Yojimbo would have had at the time.

The same can be said for The Magnificent Seven, which is also being remade despite the ‘original’ being a remake of another Kurosawa film, Seven Samurai. Whether the 2016 one will offer something new we don’t know, but I’ll give it half a chance because at least it’s been 56 years since the last one (not counting shittier remakes like Battle Beyond The Stars – yes, that’s a thing). Ghostbusters is barely half that age. It doesn’t matter who the cast is or how many X chromosomes they have, it won’t have aged like a fine wine that’s been laid down until the time is right . It’ll taste much the same as it did in 1984 because like lens flares, special effects and crazier stunts, simply gender swapping characters doesn’t in itself add to the story.

But what’s worse for cinephiles is that every dollar spent on unnecessary remakes, including simply feminising existing male led movies, is a dollar not spent on something new. We’ll have a female Ghostbusters, but no Black Widow origin story.2 We’ll have a female Ocean’s Eleven (a remake of another fairly recent remake of a 1960 Rat Pack film) but no Laser Eraser movie. You don’t know who Laser Eraser is? THAT’S WHY SHE NEEDS A MOVIE.3

The way things are going I can see a Hollywood exec binning a pitch for Boudicca, Queen of Blood, Gore and Bits Of Dismembered Romans in favour of a remake of fucking Braveheart with the central character renamed Willemina Wallace. And what really worries me, and I hope is worrying some feminists too, is that the guy who’d shitcan a Boudicca film for that might be doing it as a way to get rid of the little ladies with a pat on the head and a movie to make while saving the big bucks and creative effort for another blockbuster starring A Bloke.

1. KHAAAAAAAAANN!! ↩
2. At the time of writing I have a Twitter poll up with only 32 votes but 20ish who are positive toward seeing a Black Widow origin movie. There’s a day left on it. ↩
3. Pressbutton doesn’t need to be in it but it shouldn’t bother feminists if he is since he doesn’t have a penis. ↩

Posted on May 26, 2016, in Uncategorized and tagged Hmmm, Movies, PC Bollocks. Bookmark the permalink. 4 Comments.

← Has ANZAC Day caught the 2010s’ most contagious disease?
Doctor Meh and the Planet of Lazy Tokenism →
%d bloggers like this: