← The Khan body scanner story.
Getting an education redux. →

Let’s hear it for Google.

Google does plenty that’s attracted criticism and to be honest some of it is probably merited. However on this they deserve a standing ovation.

Google says it will not “voluntarily” comply with the [Australian] government’s request that it censor YouTube videos in accordance with broad “refused classification” (RC) content rules.

Go Google! You tell ’em… but by the way, who was asking you to, as if I couldn’t guess?

Oh, surprise surfuckingprise. Senator Stephen bloody Conroy again. Regular readers (if I have any) may recognise this as a name that crops up in my rantings on a semi regular basis. I’d link to a few of them but it’s got to the point now where I think the bastard deserves his own tag – Censortor Conroy (believe me, I was sorely tempted to use ‘Senator Cuntboy’). Anyway, I digress.

Communications Minister Stephen Conroy referred to Google’s censorship on behalf of the Chinese and Thai governments in making his case for the company to impose censorship locally.

Can you believe this fuckwit? Look you vile, authoritarian, smear of excrement, do you really want to use China as Australia’s role model? It’s a country where non-violent crimes such as tax evasion or official fraud can get you executed* and, if such stories are to be believed, having shot you in the head for whatever it was you may have done the state sends your family an invoice for the bullet. It’s a country where you, Stephen, would find life difficult – as a practicing Catholic you would be unable to occupy your current job since they’d expect you to be an atheist, and helping to slot your mates into nice jobs might be on the list of things that would get you slotted as well. It’s a country where the idea of being able to criticise the government freely and without fear of retribution is a distant fantasy. Of course, for all I know that last one might sort of appeal to you. On top of everything else the argument that Google did it for China is weakened by Google’s recent threat to clear off and leave China to it, even if censorship isn’t the exact reason behind it.

Google warns this would lead to the removal of many politically controversial, but harmless, YouTube clips.

University of Sydney associate professor Bjorn Landfeldt, one of Australia’s top communications experts, said that to comply with Conroy’s request Google “would have to install a filter along the lines of what they actually have in China”.

Which is pretty much what Conroy has been planning to inflict on Australian ISPs for a while now.

In an interview with the ABC’s Hungry Beast, which aired last night, Conroy said applying ISP filters to high-traffic sites such as YouTube would slow down the internet, “so we’re currently in discussions with Google about … how we can work this through”.

You can’t and you know it. You can only make the internet slower and more expensive for everyone in Australia.

“What we’re saying is, well in Australia, these are our laws and we’d like you to apply our laws,” Conroy said.

You high and mighty prick. They’re not an Australian company and the content which you claim breaks our laws – and incidentally you’ve got a cheek saying that without having even tried to prosecute anyone for it – might not have broken any local laws where it was loaded. Why the fuck should they be interested in our laws? Try to understand how the internet works, will you. You cannot control it any more than you can control the thoughts of the billions of individuals around the world with internet access – for all practical purposes the two are the same thing. What good are our laws, though the reality is they are more your laws imposed on the rest of us, if they’re fucking unenforceable? You might as well pass a law banning the emailing of dirty jokes not just in Australia but anywhere.

“YouTube has clear policies about what content is not allowed, for example hate speech and pornography, and we enforce these, but we can’t give any assurances that we would voluntarily remove all Refused Classification content from YouTube,” [Google Australia’s head of policy, Iarla Flynn] said.

“The scope of RC is simply too broad and can raise genuine questions about restrictions on access to information. RC includes the grey realms of material instructing in any crime from [painting] graffiti to politically controversial crimes such as euthanasia, and exposing these topics to public debate is vital for democracy.”

Slightly disappointing that Flynn didn’t simply ask why enforcing this particular area of the law was the duty of a private company rather than the various services and agencies for which the Aussie taxpayers have already paid. Again it suggests the law is unenforceable and prompts the question of what the fuck was the point in us all being forced to fucking pay for it.

Asked for further comment, a Google Australia spokeswoman said that, while the company “won’t comply voluntarily with the broad scope of all RC content”, it would comply with the relevant laws in countries it operates in.

However, if Conroy includes new YouTube regulations in his internet filtering legislation, it is not clear if these would apply to Google since YouTube is hosted overseas.

“They [Google] don’t control the access in Australia – all their equipment that would do this is hosted overseas … and I would find it very hard to believe that the Australian government can in any way force an American company to follow Australian law in America,” Landfeldt said.

“Quite frankly it would really not be workable … every country in the world would come to Google and say this is what you need to do for our country. You would not be able to run the kind of services that Google provides if that would be the case.”

Frankly you could have stopped with the point that Australia can’t enforce its laws outside its borders.

This week the Computer Research and Education Association (CORE) put out a statement on behalf of all Australasian computer science lecturers and professors opposing the government’s internet filtering policy.

They said the filters would only block a fraction of the unwanted material available on the internet, be inapplicable to many of the current methods of online content distribution and create a false sense of security for parents.

CORE said the blacklist could be used by current and future governments to restrict freedom of speech, while those determined to get around the filters and access nasty content could do so with ease.

In fairness to Senator Conrod (lots of noise and energy spent going up and down and round and round) I believe he honestly thinks this idea of his is in everyone’s best interests and does not intend that it should be used to restrict freedom of speech. He’s a fully paid up member of the god squad and I’m sure it’s just morally iffy stuff he has a problem with. But I in turn have a problem with that since I’m strongly opposed to government at any level acting as any kind of moral authority. If you want morality lessons don’t go to the fucking government, go to church (synagogue, temple, mosque, whatever). Or better yet, sit down and nut it out for yourselves instead of being someone else’s brain slave. As night follows day when governments begin imposing the morality of government ministers on their citizens freedoms are lost and liberty suffers, which is why it’s one of the vast and increasing number of things that they absolutely must not be allowed to do. 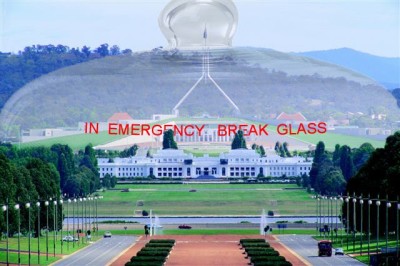 The best thing the government could do for Australia

Conroy might not want to restrict my freedom of speech as such, but if I want to make a YouTube video on topics like abortion or euthanasia and assisted suicide then he might do it anyway. Worse, far worse, once the legal framework is in place his successors will have the legal ability and the fucking precedent to really fuck us up.

It’s got to stop.

* Not being Chinese must be a huge relief to certain British MPs and Lords.

Posted on February 11, 2010, in Uncategorized and tagged Australia, Big Brother, Censorship, Censortor Conroy, Don't Be So Fucking Silly, Personal Freedom, Trust the Government?, Useless Twats. Bookmark the permalink. Comments Off on Let’s hear it for Google..

← The Khan body scanner story.
Getting an education redux. →